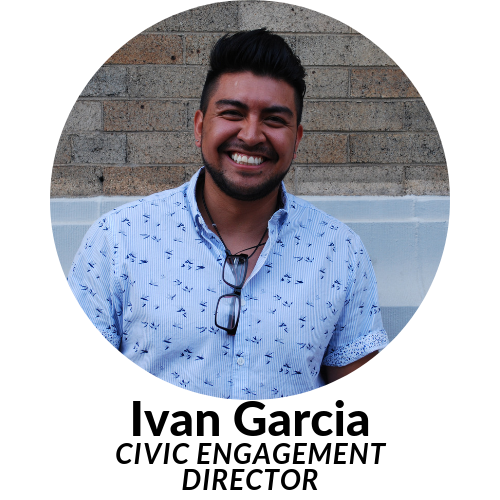 After working in NY for the past several years – with Make the Road NY as well as leading political campaigns and working in city government – Ivan Garcia moved to PA to join our team as the Civic Engagement Director for Make the Road PA.
In 2016, Ivan was the Campaign Manager for progressive champion Yuh-Line Niou, helping to get her elected to New York’s State Assembly in a crowded 6-way race (including the incumbent). In 2018, he was the Field Director for NYC Council Member Carlos Menchaca’s re-election campaign, helping him win a crowded 5-way race. For the past year and a half, Ivan has served as the Neighborhood Rezoning Coordinator at Make the Road NY.
Ivan was born in Mexico and raised in Brooklyn, NY. He attended John Jay College and received a BA with a major in Criminal Justice and a double minor in Law and Political Science. Ivan also has an MA in Political science with a concentration on Urban Policy and Public Administration.