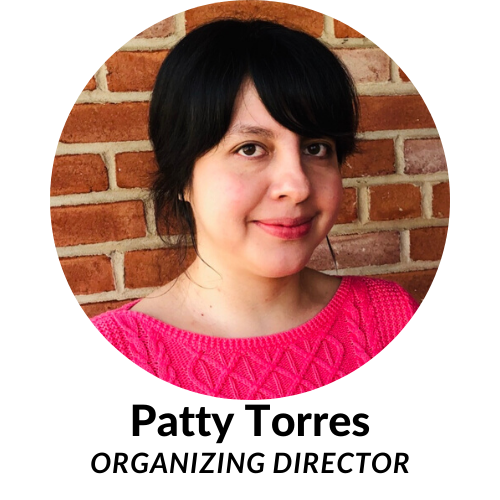 Patty Torres is the Organizing Director of Make the Road PA. A Latina immigrant, Patty was influenced by her parents’ immigration status and her own circumstances, and was politicized in high school to fight for social justice. A long time social justice activist and volunteer, Patty trained as a community organizer starting 2010, focusing on housing justice, and she has worked with multiple New York-based community organizations. Some of her prominent organizing work on housing issues focused on tenant organizing, coalition building, direct action, and leadership development.

Since 2016, she has worked as a Social Justice Independent Consultant for the Center for Popular Democracy, Women Organizing Network, and Make the Road family. Patty earned a bachelor's degree in Interdisciplinary Studies with a concentration in Urban Studies and Public Administration from the City College of New York’s Center for Worker Education in 2017.